National Preparedness Month: Is Your Business Ready for an IT Disaster?

By TechWerxe September 4, 2019 No Comments

Did you know 60% of small businesses fold within 6 months of a cyberattack? In addition, 70% of small businesses that experience a major data loss are out of business within a year. Although cybercrime is becoming a bigger threat, hackers are not the only source of IT disasters. Software and hardware issues are becoming common and increasingly expensive. This year, a software failure resulted in major airlines across the United States grounding their planes. Regardless, there are increasingly more incidents involving cybersecurity threats, one of the top issues affecting small to medium enterprises as well as major companies. As a result of these threats, some organizations end up paying millions in order to resolve these issues.

It is a misconception to assume hackers target large corporations due to their large asset holdings. In fact, hackers specifically target small to medium businesses because some hold valuable information about customers, including credit card and other private information, while lacking adequate security measures. IT disasters can cost more than a trillion dollars annually. So what is the most effective method to secure a business from the expenses associated with IT disasters? Proactively establishing an IT disaster recovery plan. In this blog post, we’ll take a look at some of the IT disasters businesses face and how your company can be prepared. 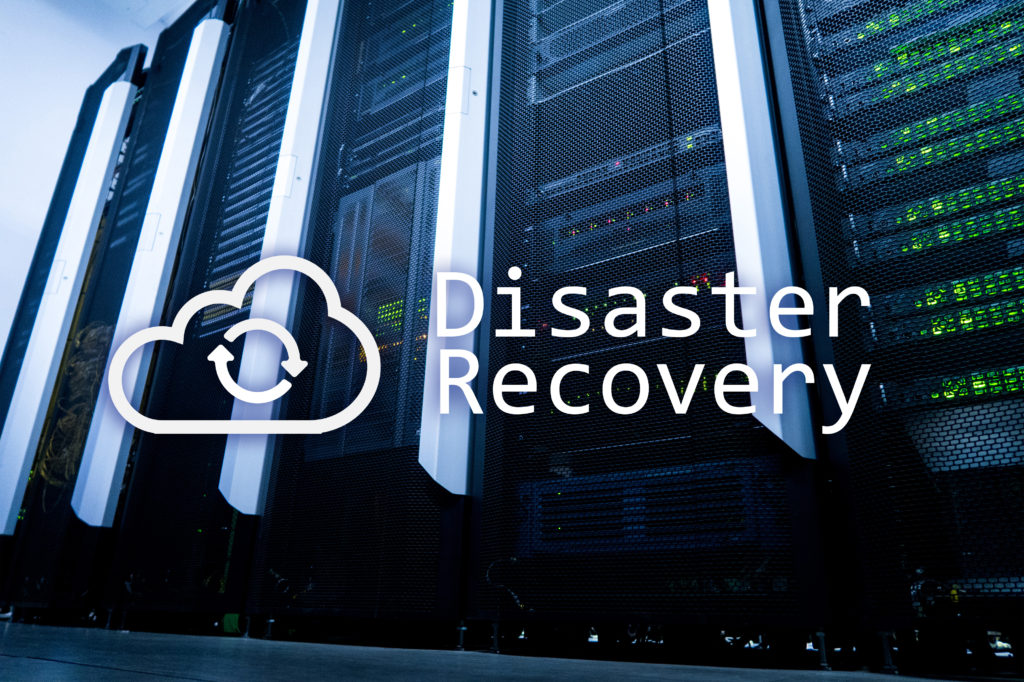 When a firm loses vital information, its business is disrupted and customers are disappointed and dissatisfied. However, consequences of data loss are far reaching beyond a mere inconvenience for all stakeholders. Considering that 58% of cyberattack victims are small businesses, preparation for an IT disaster should be a priority, not just for large corporations, but all businesses. There are several origins of IT disasters and the most common are listed below:

Cyberattacks are on the rise and hackers use various methods that have undesirable outcomes. Security breaches result in hackers gaining access to an organization’s data files and having the ability to wipe the data from servers. Ransomware, on the other hand, is malicious code which prevents access to a computer or network and its files until a certain amount of money is paid to the perpetrators. Payment is often demanded through methods which make it impossible to track the final destination of the funds, like the use of Bitcoin. Such attacks disrupt operations and a businesses will be unable to carry out its normal functions. In 2019, Georgia courts were the latest in long list of victims of ransomware. When hackers attack small and medium businesses or municipalities, their demands put these organizations into financial distress. Frustrated customers who are unable to access services could transfer their business to competitors, making it difficult for the victim organizations to recover. Companies with vital operations, such as medical facilities, have not been spared. Every business should have a plan to address these continuously evolving threats.

While these types of attacks have various colorful names like Ping of Death, Smurf attack and Teardrop attack, the results are gloomy indeed, particularly for the customer base. Hackers overwhelm the servers of a particular organization using various methods and the clients of a business will be unable to access the services they would have paid for. Such inconveniences often result in refunds being demanded and in irreversible damage to the brand and the perception of a business. Notable examples include HSBC, whose clients lost access to online banking facilities a few days prior to a tax payment deadline, the shutdown of the Nasdaq website, and the one which resulted in the closure of Code Spaces, a secure Source Code hosting and project managements service whose business was destroyed after just 12 hours of a DDoS attack.

Unplanned Down due to Data Loss

Most organizations do not fully comprehend how devastating unplanned downtime can be for a business. Downtime refers to a time when a server for a service, portal, website is offline, or the information technology required for operations of your business is not functioning correctly, resulting in loss of productive time. This wastage implies loss for the business, as operations cannot be executed until the causes of the unplanned downtime are addressed. However, the impact is more devastating when clients are involved.

Not only does unplanned downtime result in direct loss of revenue, changes in perceptions of the brand’s reliability and trustworthiness are called into question. Enough of these incidences could result in business trending on Twitter and other social media, to their complete disservice. Unplanned downtime is caused by a variety of factors including human error, hard-drive failures, fires and other forms of physical damage, and power failures. Many businesses are aware by now that maintaining a single copy of vital data is a recipe for disaster. Data recovery strategies and time-to-recover (the time it takes to be operational again) becomes critical in such a state. And, as such, it is standard practice that businesses and individuals implement data backups regularly. Best practices include creating off-site and/or cloud-based solutions.

Preparing for an IT Disaster

With such devastating outcomes for businesses that suffer from IT disasters, there are strategies which can be applied to protect a business by mitigating against potential business-ending events. An essential strategy is to keep updated data backed up. Companies may go through several thousands of transactions in a single day. Such an organization with a high volume of transactions that still relies on a nightly backup on magnetic tapes are ill-prepared for disasters. Frequent and secure off-site back up is required in order to avoid data loss.

However, the other side of IT disasters are the issues related to downtime. A solution which allows for businesses to continue running their operations or services, even if their entire primary IT infrastructure is disrupted, is the use of a virtual environment. If a fire or power failure disables a server that’s running an e-commerce website, for example, a virtual environment could host the site seamlessly with minimal unplanned downtime. Merely having data backups in such a situation would be insufficient. A solution like our vDR-IT Disaster Recovery Services that incorporates both strategies are a form of integrated business continuity and disaster recovery planning which can be effective in maintaining high levels of user experience and limiting the impact of unplanned down time. It should be noted that an IT disaster recovery plan is a contingency which is in place in case of disasters – this should not negate the importance of having effective measures to counter threats using cybersecurity measures.

Want to make sure your business is prepared for a potential IT disaster? Let’s talk.

TechWerxe is a leading IT company focused on providing companies with customized solutions for their business.